Jesus-Yeshua in the 21st Century 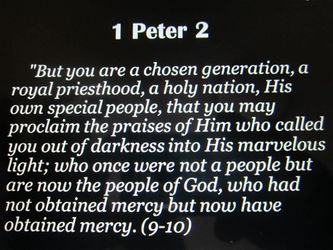 What is the purpose of a nation? How is it constituted? When is it recognized?

As I journey through the Bible the overwhelming theme that confronts me, is God's purpose to create a nation transiting into a kingdom on earth that knows no end and he himself being the center of it all. His method of doing so is through one man becoming the foundation that expands as time evolves. Through the generations, he uses the present Nations to steer and pave the way for transition into the final phase of his plans. The ones who regard neither God nor man will be the disciplinary rod for those he loves.

A great nation is not built on science and weapons, but rather on justice, righteousness, and the fear of the Lord, its citizen's respect and honor its leader to lead them to green pastures. The leader respect and honors his citizens for trusting him/her to lead.

Today we see broken Nations trying to cope with the fulfillment of the time as best they know-how, it's from these Nations God is taking people to establish a nation that will transit into his kingdom on earth as it is in heaven. ( A nation is all about its people)

If the blueprint of a nation is ignored, the opposite becomes enforced, just what we are seeing today, and it gets worst with each generation despite the new discoveries made. ( God is not mock, whatever a man sow, that he will reap).

A great nation required a leader that is both hard as a rock, and soft as a kitten, not a people pleaser but does what is right for all the people he leads, knowing he will have to account for every moment he is a leader, he has become a partner with God, and partners are held accountable to each other.

A great nation is a unified people having the same vision, going forward, endeavoring to keep the unity in the bond of peace, still being diversified making progress on the onward journey ahead.

A great nation takes time to celebrate its achievements, its discoveries, and its inventions for the good of its citizens.

A big part of a nation under God is worship, and it has to be done according to his specifications and desires, nothing less will do!

A great nation needs a Joshua to fortify its cities and lead into battle against the enemy, which takes on many forms.

There were two things that destroyed God's Nation and send them into exile: Wrong political decisions/ wrong religious worship, these two factors still hold true in this present age and can be seen across the board. Thank God restoration is a given!

Nations form armies to do battles, God also has an army in heaven, ready to do battle on behalf of his people. In the 21st century, the quest for the best army is emerging.

A great nation is humble, generous, and forgiving accepting its purpose with gratitude and joy for the benefit of the whole human race.

God uses one nation to show forth his power and authority on the earth, an example for other nations to take heed, lest the same fate awaits them. God is never without a witness to His plans and purposes.

God's nation embraces the laws and regulations, along with their identity in the the world, but have never experienced and embraced the love of God in their daily experience as He so desired, which would bring them into His divine intimacy. ( What is experience is an arranged marriage, fulfilling all its requirements).

Blessing of God for obedience to his commandments 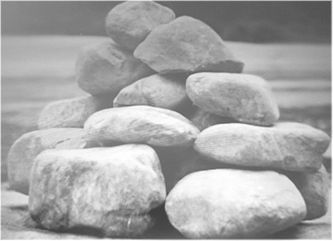 Abba, I pray for this generation, that they will take the torch from their ancestors and take your plan to the next level for the fulfilment of your covenant to Abraham, Isaac and Jacob, making way for their King promised to David the ancestry King by you.Arise and prepare yourselves for your King

The God of Abraham, Isaac and Jacob 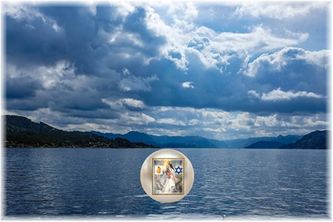 The God of Abraham, Isaac and Jacob

The world started with three nations, and you choose a man from one to create a nation of your own, and in the process of time it became the model for the rest of the world, but over time and generations later has lost their impact and influence on the world, but they are imbedded in your heart and mind by covenant.

You have also made a covenant with their king David for an everlasting Kingdom that will know no end, you have given an everlasting sacrifice of an unblemished lamb for the offering of sin. A new covenant of mercy and grace fulfilling the old, and the world can also partake and become one flock under one Shepherd.

The unification of this reality is the challenge of the modern age, but you are God with many ways of doing, which makes all things possible with you. I know it will be glorious and unspeakable , I also know the enemy will put up a great challenge as he also does to your plans and purposes but you have the last move on the chess board for victory.

Think on these things

Can Nations operate/function without the consciousness of God? Absolutely

But they will worship something or someone, etched within its DNA is the need to worship

Do you know? Those developed nations will be held responsible for the undeveloped ones  (for who much is given, much will be required).

The more nations gravitate to outer space, the more woes are created on earth ( outer space will not solve earth's problems) # history Tower of Babel.

When a nation begins to experience rebellion, it's a signed judgment is right at the door

A nation should not underestimate the power and wisdom of the Living God of Abraham, Isaac, and Jacob

A nation that loses its purpose, loses its influence and status, and becomes irrelevant

God did not spare his own nation from destruction because of rebellion, how much more those who do what is pleasing in their own eyes. God has not changed! And he cannot be mocked, what is sown will be reaped.

God's glory has departed from many nations and is given over to their own way of thinking, and they don't even know it, God does not dwell where he is not wanted, if we don't, how much more God!

When a nation falls, it is city by city!

Do you know that every nation has a culture with a certain mindset, and these mindsets make up the world  I call " the land of the living" these mindsets can be in harmony or divided and will reflect in problem-solving. Nations with multicultural mindsets will experience that problem-solving will be complex in nature.

Do you know? You cannot resurrect history, without the God of history, they go hand in hand

If a nation destroyed another nation without a cause and thinks it can still stand( God forbid). It's fascinating to me that the very thing we seek to destroy ends up destroying us ( God is very humorous).

Do not think for a second, that a nation is indispensable in God's overall scheme of things

In the 21st century, nations will have pockets full of holes, no matter how much is collected, it will never be enough

Do you know? every nation that exist has a personality, pattern by it leaders

God is right on schedule, his appointments are sure.